The Pacific Community’s (SPC) Human Rights and Social Development Division (HRSD) team visited Papua New Guinea last week to assist in the establishment of a national Human Rights Commission (HRC). The move is a significant one for the Pacific nation as it would be a major step towards realising SDG goal 16 and would also address several recommendations recently received from the United Nations Human Rights Council as part of its Universal Periodic Review.

A week-long workshop brought key stakeholders together, including Deputy Secretaries from Papua New Guinea Department for Justice & the Attorney General (DJAG) and the Department for Community Development and Religion (DFCDR) along with representatives from the Law Reform Commission and Ombudsman’s Office and SPC partner organisations the Asia Pacific Forum for NHRIs and OHCHR. A roadmap for establishment of the Papua New Guinea HRC was developed through the week along with several key working relationships, which will set the framework for the initiative.

HRSD Director, Miles Young, remarked “the establishment of a National Human Rights Institution is essential for all Pacific Island Countries, and we congratulate Papua New Guinea in taking these steps towards realisation that goal.”

HRSD’s participation was welcomed by the participants with one Deputy Director remarking that this international support would ‘build momentum and lend credibility’ around the establishment efforts. It also represented SPC’s efforts to engage more substantively with Papua New Guinea and support large scale human rights initiatives and other development activities. The workshop was therefore also an opportunity for the team to discuss SPC’s new strategic plan with senior officials to explore additional future opportunities for technical assistance.

The request for technical assistance on the Papua New Guinea HRC establishment resulted from consultations carried out under SPC’s PROJECT Governance – a USAID funded 5-year programme which seeks to build sound, just and responsive governance across the Pacific. HRSD’s participation was therefore made possible by the generous support of the American people through USAID. 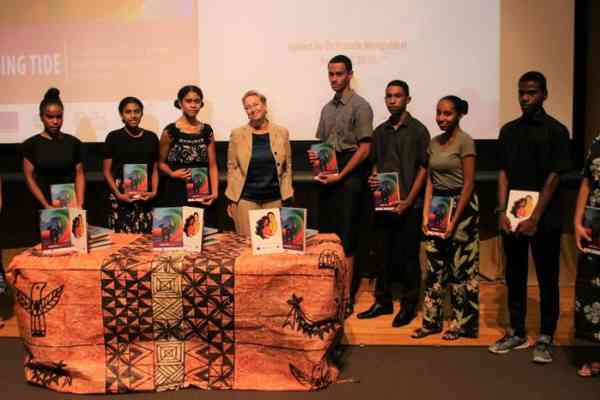