In the Pacific, climate change is happening now

With many countries exposed to sea-level rise, dramatic increases in heat, and extreme precipitation forecast, the Pacific region is already affected by the impacts of climate change. Extreme weather events, displacement, food security issues are all faced by a large number of inhabitants in the region. How are Pacific Island Countries and Territories impacted by climate change and what is their climate response on a regional level?

From shifting weather patterns that threaten critical food systems to rising sea levels that increase the risk of catastrophic coastal infrastructure, ecosystems and water security and loss of land, the impacts of climate change are global in scope and unprecedented in scale. Scientists estimate that the world has, so far, experienced a global temperature increase of 1.1˚C, while the expected temperature rise, – if emissions of greenhouse gases do not decrease - is 3˚C by 2100 if not more.

There is no doubt that climate change will have a major impact on the Pacific region's natural resources, including the availability of water and growing levels of food insecurity. Increasing temperatures could also cause extreme events leading to flash floods, cyclones, and other natural disasters. Over the past decades, PICTs have been committed to implement climate action at national, regional and international scale.

Discover an overview of climate change impacts in the Pacific region

Increases in the frequency of extreme weather and climate events and the severity of their impacts on the natural environment and society have been observed across the Pacific. In the last decade, there were three times more weather-related natural catastrophes, mostly floods and windstorms, in the world than in the 1960s.

In flash floods after heavy rains in Honiara (Solomon Islands) in 2014, more than twenty people lost their lives, thousands were displaced, infrastructure was compromised, and hundreds of homes were damaged or destroyed. In 2020, tropical cyclone Harold caused widespread destruction after making landfall as a category 5 storm (with winds of approximately 215km/h) in Vanuatu, before striking the Solomon Islands, Fiji, and Tonga. Thirty people died from this tragic event, and people in Vanuatu's most affected province lost their homes.

more than 616,000 new displacements were recorded

Inhabitants of island states in the Pacific are most at risk of being displaced by climate-related disasters. Between 2008 and 2018, more than 616,000 new displacements were recorded in 17 Pacific countries and 97 disaster events triggering displacements were recorded. This situation left thousands of people fleeing the devastating effects of climate change impacts, giving up their livelihoods, dreams, and prospects.

Ocean acidification results from increasing levels of carbon dioxide in the atmosphere. In the Pacific region, declining ocean pH has caused dramatic changes in aragonite (calcium carbonate) saturation, with implications for calcifying organisms, such as corals, some plankton, and shellfish. Almost 50% of coral island reefs are currently considered threatened, with about 20% rated as highly or very highly threatened.

In the Pacific, around 70 percent of the gross cropped area is geographically located to benefit from rains in the summer season. Production is heavily dependent on the seasonal rainfall. Thus, flooding and strong winds associated with tropical depressions and cyclones have curtailed agricultural production. For instance, in 2004, Tropical Heta have confirmed to the people of Niue the dangers associated with climate change, causing economic damages equivalent to 200 years of exports.  The king tides that have struck Tuvalu and Kiribati since the 2000s are further dramatic examples of how climate change is affected communities. Wells and agriculture were poisoned by sea water, house foundations undermined, and graves exposed.

Due in part to the limited agricultural and mineral opportunities (with New Caledonia and Papua New Guinea as notable exceptions), the region is heavily dependent upon oceanic and coastal fisheries for food security. By 2050, under a high greenhouse gas emissions scenario (RCP 8.5), the total biomass of three tuna species in the waters of ten Pacific SIDS could decline by an average of 13%.

Climate response on a regional level

As climate change is a global challenge, PICTs joined forces to ensure a sustainable future for next generations. In 1990, small island states around the world created the Alliance of Small Island States (AOSIS) to stand as a coalition and drive thinking and action on climate change. It is one of the few developing country organizations which has been closely linked with climate policy and specifically with the United Nations Framework Convention on Climate Change (UNFCCC).

In 2017, the Government of Fiji – together with the Government of Sweden - co-hosted responsibilities of the first UN Ocean Conference, which aimed to identify ways and means to support the implementation of Sustainable Development Goal 14. The same year, the UNFCCC COP23 was presided over by Fiji, which became the first Small Island Developing State (SIDS) to assume the Presidency of this international event.

During the UNFCCC COP 21, Pacific Small Island Developing States (PSIDS) had been instrumental in shaping climate policies and the Paris Climate Agreement. SIDS succeeded in securing their particular circumstances as vulnerable countries and demonstrated leadership in raising ambition to reduce greenhouse gas emissions to help ensure an ambitious long-term temperature goal of limiting global warming to below 1.5 °C.

Following the Paris Agreement, PSIDS  have worked hard to enhance the voice of the Pacific in climate negotiations with the support of the region and a growing international community. Numerous discussions and meetings to identify the challenges and opportunities of the region in implementing climate action have been undertaken guided by Pacific countries and with the support of regional organisations through the OneCROP mechanism and other development partners.

“Through its world renowned science, long standing regional public goods and deep understanding of the Pacific context, the Pacific Community is determined to support its members in the implementation of regional and national responses to climate change. In our 2021+ strategy, resilience and climate action are at the core of our activities: through a wide range of capability, capacity building and technical assistance we will continue to support PICTs towards achieving their climate resilient sustainable development agenda and goals.” says Cameron Diver, Acting Director, SPC's Climate Change and Environmental Sustainability (CCES) programme.

Over the last years, the Pacific Community has supported the implementation and work of the Regional Pacific NDC Hub to help PICTs find the data, resources, and expertise needed to implement their climate targets - the ‘Nationally Determined Contributions (NDCs). Administered by the Deutsche Gesellschaft für Internationale Zusammenarbeit (GIZ) GmbH, and implemented in partnership with the Global Green Growth Institute (GGGI), SPC and the Secretariat of the Pacific Regional Environment Programme (SPREP), the hub ambitions to deliver a sustainable, low-carbon and climate resilient Pacific. 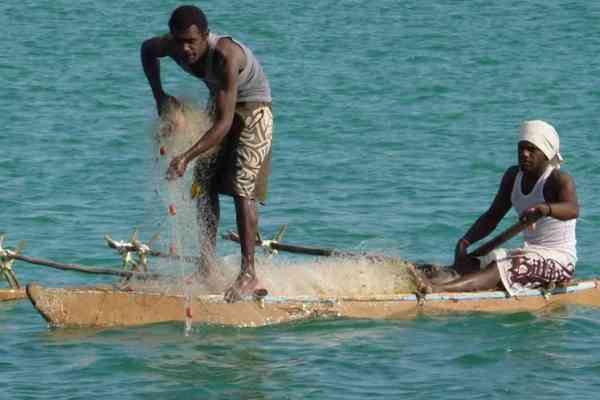 Pacific Islanders: Failure to Commit to 1.5 Degrees at COP27 will Imperil the World’s Oceans 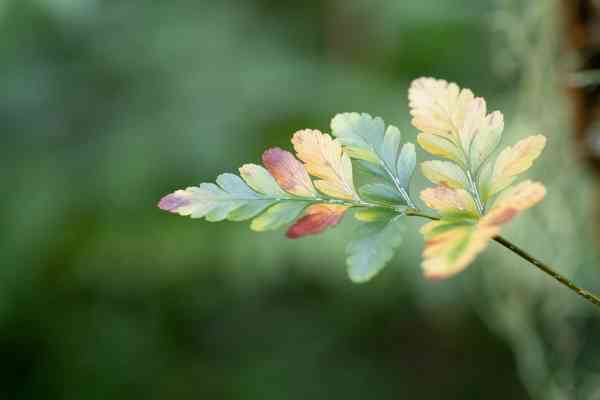 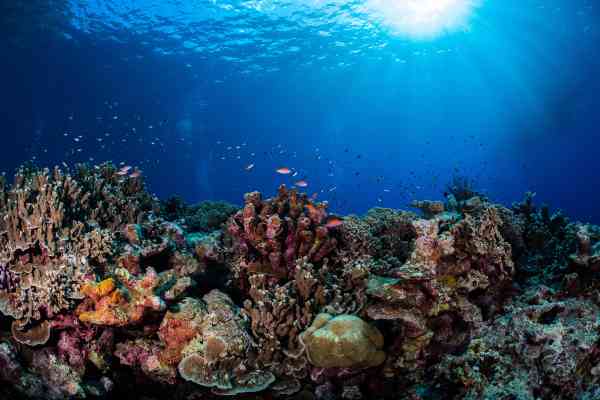 Do you know what is ocean acidification?