Photo: Remivani Baravi with her husband, showing her backyard plantation as a means to be self-reliant after disasters

Villages that are earmarked to relocate because of their vulnerability to severe floods, recently received resilience training with the Pacific Community (SPC).

Semo and Nabila village in Sigatoka and Nabuna village of Tavua have been prone to flooding because of their geographical location and altitudes to nearby bodies of water.

Semo and Nabuna village are located near rivers that often burst its banks during heavy downpours while Nabila village suffers from coastal inundation due to its proximity to the sea. Past flooding experiences have caused these villagers to be displaced from their homes for as long as two to three months.

According to Semo villager, Mrs Mereia Bari, flood waters that ravage her village are as high as 10 to 15m and it ends up destroying root crops, vegetation, farm animals and cause significant damages to their homes and belongings.

With the unpredictable weather pattern and continuously growing implications of floods in the Western part of Fiji, villagers are left helpless and worrisome. SPC’s Pacific Adaptation to Climate Change and Resilience Building (PACRES) project responded to the villagers by setting up a resilience training through its Community of Practice (COP) initiative.

The COP training undertaken by the villagers aimed to strengthen their disaster response, knowledge, and awareness by equipping them with the proper preparatory skills and effective means to plan for a natural disaster.

59-year-old, Mrs Remivani Baravi of Semo village said that the villagers have never undergone any form of resilience training to prepare for a flood and she was thankful for the opportunity provided by SPC.

“The biggest flood that Semo had ever experienced, occurred in 2012 and that was something difficult for us to recover from. We had to seek refuge in evacuation centres and neighbouring villages where some of our families stayed for as long as three months to recover,” she said.

“As a mother, during a disaster, my priority is to ensure the safety of my children. Collecting food, water and other essentials is all secondary because I need to first ensure all my family members are safe,” said Mrs Baravi.

“Therefore, it is necessary that I have all these other needs ready and packed to just pick up and take when a disaster strikes because I will not have the time to do so when flood waters begin to surround our home,” she added.

Through the COP trainings, Mrs Baravi said that the 72-hour resilient kits distributed by PACRES to each of the 53 households in Semo village, was a guide to ensure villagers added onto the necessities already in the kits.

Meanwhile, Village Headman for Nabuna village, Mr Waisake Qauqau shared his sentiments on how the COP training benefitted the 300 villagers of Nabuna.

“Usually during a disaster, we do not have electricity and the water supply is halted. Through the COP training, we learned to sustain ourselves by saving money as contingency for a natural disaster and have stored water and food on standby,” he said.

“A few weeks ago, our power went off and we reached out for our resilient kits where we used the torch to light up our home. These are signs of a home that is prepared to meet any unforeseen circumstance. From here, we would like to build on what is already prepared, with items we think is necessary to have on standby,” added Mr Qauqau.

The implementation of COP in the participating villages is capped by the signing of a pledge by the village leaders, indicating their commitment to build a resilient community through self-reliance. In conjunction with this, billboards were officially unveiled at Nabuna, Nabila and Semo village on August 25th and 26th, by SPC’s Deputy Director Geoscience, Energy and Maritime (GEM) division, Mr Akuila Tawake. These billboards signify that the villagers have undergone the necessary training and knowledge sharing to be self-reliant and resilient, 72-hours after they are met with a natural disaster.

To date, interventions conducted by PACRES include training on the principles of self-reliance, agriculture, forestry, and the basics of climate change. These COP activities are conducted in collaboration with the LDS church, the Ministry of Agriculture, Ministry of iTaukei Affairs, Ministry of Forestry and the Ministry of Economy through its International, Cooperation and Climate Change Division.

PACRES also plans to extend their reach to other vulnerable villages and communities across the region to ensure more Pacific Islanders become self-reliant and resilient when faced with natural disasters. 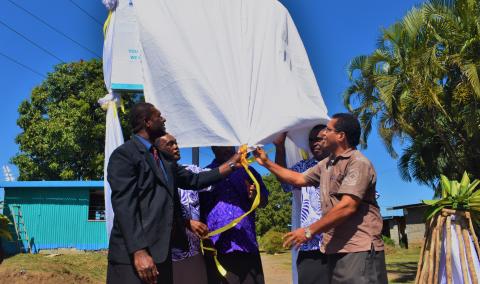 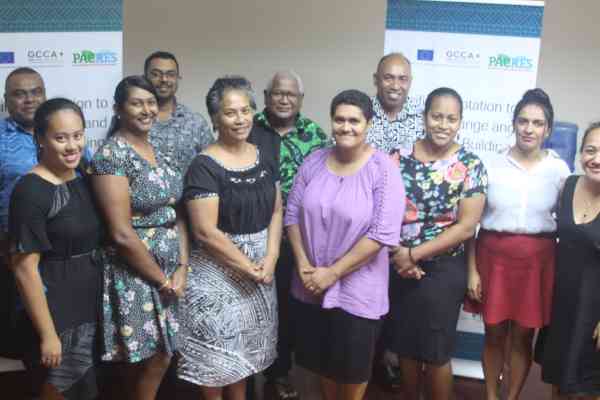