Peggy has been with SPC since 2016 and has managed several regional projects in the Pacific region. A Caledonian woman with a unique knowledge of Oceanic countries and territories, she shares her recent experience as Project Manager within the Climate Change and Environmental Sustainability (CCES) Program. Evolving in an increasingly complex context, she gives us the opportunity to recognize the importance of having women leaders in the region. Within the framework of the PROTEGE project, very early on the authorities of Pitcairn informed the European Union of their desire to turn to safer, greener energies that best meet the needs of the population. This is the reason why we have launched a renewable energy project designed to replace fossil fuels with solar energy. In addition to its environmental benefits, the future network will power every home and every government building.

This project would benefit the women of Pitcairn who, as consumers, are the primary beneficiaries of clean energy. Having coordinated the INTEGRE project in the archipelago from 2016 to 2018, I understand the important role women play in their community, and how this project could contribute to their daily lives. Hence, they will be able to testify to the merits of transitioning to sustainable energy, which also constitutes Pitcairn’s commitment to the fight against climate change through mitigation.

The Pitcairn Islands, the sole British Overseas Territory in the Pacific Ocean, are a group of five islands with a total area of 47 km2. Only Pitcairn is permanently inhabited, with a population of around 50 people, making it the least populated political entity in the world. As you may know, most of the inhabitants are the descendants of the Bounty mutineers and their Tahitian wives.

In recent months, conducting this project required a lot of determination. And I guess that it is this determination to bring about change, shared by all Pacific women, that allows us to make a difference.

First, we needed to verify the latest institutional developments, Pitcairn being, up to the Brexit, an overseas territory of the European Union. Despite the entry into force of the Brexit, the allocations of the 11th European Development Fund (EDF) dedicated to this territory within the framework of the PROTEGE project, have fortunately been confirmed and still benefit the territory.

But most of all, it is the COVID-19 crisis which has required innovation and perseverance. Indeed, the initial mission to refine the needs of the Pitcairn community could not be conducted. Therefore, without notice and for a highly technical project that usually requires detailed field assessments, we had to adapt in a very short timeframe. We then decided to set up a coordination working group consisting of an engineer from SPC and the relevant people from Pitcairn, which I was given to coordinate remotely.

In order to overcome the logistical constraints, our taskforce decided to use technologies we had never experienced before, with SPC purchasing satellite imagery to provide the Korean company which had won the tender with the necessary terrain imagery for the design study.

Numerous meetings were held for months to design precisely the project implementation, and in the end the experience was more than positive, even though I was the only woman in the group. Yet the renewable energy sector is booming and offers great employment opportunities for women. As the energy transition calls for the implementation of multiple technological and societal solutions, gender balance will help stimulate innovation and change.

The final design was submitted and approved by all parties in early November 2020. The international tender for the Phase 2 design and installation of the solar energy system will be launched in 2021.

This project was both complex and rewarding and in the face of the challenges, I have seen how much progress can be made. I therefore encourage all Pacific women to continue to fight for the rights and well-being of all women, and to share their experiences on March 8th. It's worth it! 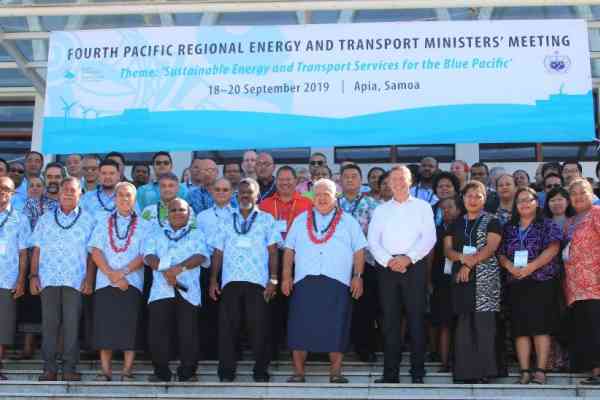 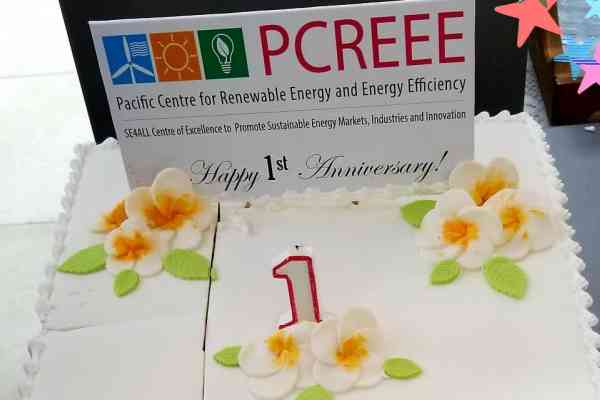